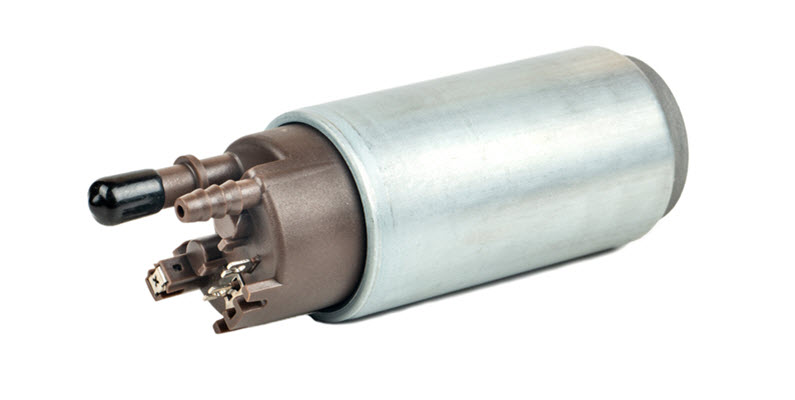 In order for your Volvo to give you the driving experience you expect, all its parts need to be in peak running order. When a part becomes faulty, it lets the whole team down, meaning that associated parts need to work extra hard to make up for the short fall. This leads to a reduction in performance and further part failures. A common problem that all cars can experience is fuel pump failure. To get to the heart of this issue, let’s first learn what the fuel pumps do and then discuss signs and symptoms of malfunction of your Volvo’s fuel pump.

The Purpose of the Fuel Pump

The fuel pump is needed to create enough pressure to push the gas from the gas tank to the fuel injectors. This fuel is then ready to be distributed into the ignition chamber of the engine.

The fuel pump is kick-started when you turn your key in your Volvos ignition. The fuel pump first builds pressure, which can be heard as a light hiss, before the fuel is sent along the system where it is added to the combustion chamber.

Your Volvo will tell you in many ways if its fuel pump isn’t performing correctly or is close to failure. This means that detecting fuel pump problems tends to be one of the easier motoring issues to spot. This is helpful for preventing further or more severe damage.

A bad fuel pump will present symptoms that are similar to mass airflow sensor failure and bad fuel injectors, so you should rule these two more-likely culprits out first before turning your attention to the fuel pump.

The most common signs of fuel pump problems are as follows:

Noises from the Fuel Tank

With a faulty fuel pump, your Volvo may become tricky to start. When the fuel pump reaches the end of its life span, it tends to be unable to provide the same pressure as before, meaning delivering the gas to the fuel injectors can be slower. This can cause an air-to-fuel imbalance and create lean misfires and starting problems.

When you’re driving at elevated speeds, such as on the freeway, if you notice your engine starts to sputter, you should have your fuel pump investigated. Engine sputters will occur at high speeds when the fuel pump is faulty, because driving at speed requires a lot more fuel than when coasting. This means that the fuel pump has to work hard to keep up with demand. If it is failing, then it cannot keep up and can sputter.

Poor fuel injectors can increase your chances of engine stalling. Before this happens, you’ll probably spot your engine temperature gauge rising. This sign is a strong indicator that the stall was not caused by driver error and was instead a direct result of the failure of the fuel pump.

Reduced Power When Under Loads/Uphill Driving

It is normal for any vehicle to lose a bit of power when driving up a steep hill or towing heavy loads, such as a trailer. However, when this power loss becomes excessive, it tends to point to a severe problem with the fuel pump. It shows that the part can no longer keep up with the demands of the engine.

Engine surging can be a worrying phenomenon for drivers to experience and can be caused by fuel pump failure. It happens when the engine releases excess energy, which feels like a sudden rush of power. This can be dangerous, as it can cause drivers to panic to hit the brakes in time to avoid a collision. It exponentially increases the risk of deadly accidents, so if you experience a surge, you may want to turn off your engine and simply call for a safe tow. 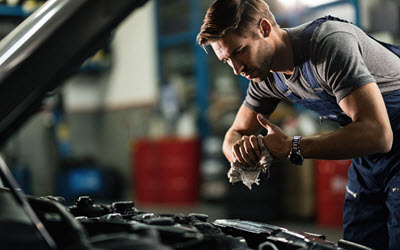 we’re ready and waiting to take your call. We are experienced in all manners of auto repair, servicing, and maintenance. Contact us today for any symptoms you may suspect of fuel pump failure. We can inspect and diagnose your problem and get you back on the road safely.