What is Flex Disc Failure in a Mercedes? 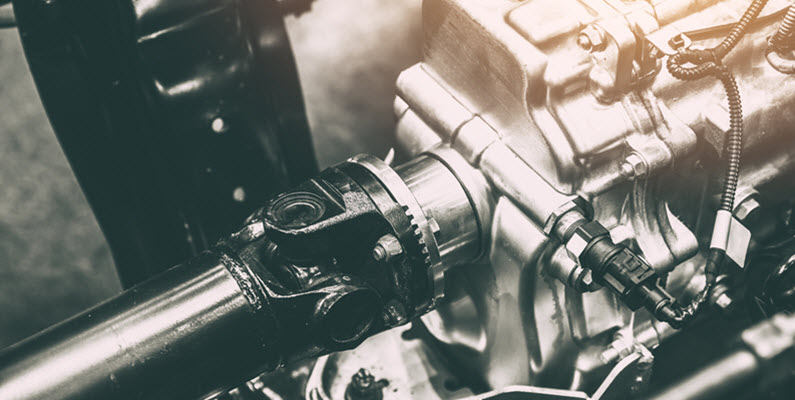 A flex disc, also known as a giubo, is a coupling device made from hard rubber. Input and output shafts flanges are mounted on to the Mercedes flex disk on both sides. The transmission shaft, differential, and drive shaft are not directly interconnected. Rather, they connect via a flex disk.

Functions of the Flex Disc

This component has two functions:

The flex disc has a relatively long lifespan. Ideally, it can take you well over 200,000 miles before showing signs of degradation. But no matter how sturdy your Merc’s flex disks are, their life still has to come to an end at some point.

Signs that Your Mercedes’ Flex Discs are Failing

Physically, a worn out flex will have the following signs:

Sometimes, the physical damage may not be visible to the naked eye. They are only exacerbated by the centrifugal force as the driveshaft spins.

The flex disc may begin showing some of these signs when the flex disc develops cracks, missing bolts, or is otherwise falling apart.

Just like other parts of the vehicle, you need to check the flex discs on a regular basis. While changing oil, check it along with the CV boot, brake lines, and power steering fluid. You can also check it for cracks when you start feeling an unusual knocking sound or vibration. To do this, get beneath the car and look at the discs. You might want grab the driveshaft and examine the disc for cracks. Replace the flex immediately when you spot any sign of damage.

How to Replace Damaged Flex Discs

You do not have to remove the entire driveshaft to replace the flex disc. All you need to do is remove the disc itself. However, you have to be careful that you properly put in the new one.

Since it is relatively easy to remove the disc from its place, it is highly likely you will forget how it was oriented or how and where the bolts were positioned. To make the disc replacement easy for you, keep in mind that there is only way to position it. In fact, the direction orientation is written in German, and it translates into “this side to the rear.”

Trust the Professionals With Your Flex Disc Replacement

Flex disc replacement is quite easy and inexpensive. Ignoring 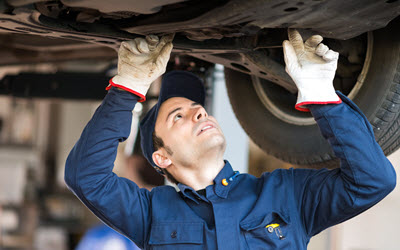 a worn out and damaged disc, on the other hand, can cause more costly and catastrophic havoc to your vehicle. It can damage your car’s transmission, driveshaft, and body.

For over 3 decades, the European Motor Cars has built a reputation for delivering professional Mercedes auto repair and services. Convenient to Spring Valley and Las Vegas, NV, we are equipped with world-class facilities and technology that is complemented with a highly-motivated and skilled team of technicians. From diagnosis to repairs and routine maintenance, European Motor Cars is the right place to get all your vehicle troubles fixed, on-time and with the highest level of professionalism possible.